i to bi bilo u ovom:

Pa dobro onda nek bude nepostojeca
When I die, I want to be buried faced down so that anyone who doesn't like me can kiss my ass.
Vrh

10 puta si rekao kako muskarci imaju prednost, ali nikako da kazes koja je to prednost. Hoces li reci vise?
When I die, I want to be buried faced down so that anyone who doesn't like me can kiss my ass.
Vrh

Decko se nekada malo uzbudi, ali nema losu nameru
When I die, I want to be buried faced down so that anyone who doesn't like me can kiss my ass.
Vrh

I think it would be hard to argue it's a multi/single- tasking issue. Watching it on TV it may seem like 'oh they just gotta drive around the track', but at the micro level sitting behind the wheel it's a different story. At high speed, there are a lot of things to account for and a ton of information to process at any given moment.

From a work/life perspective, I'd agree that making it in motorsports requires singular dedication.

Let me offer up an observation. This supports the idea there may be a natural (for whatever reason) predisposition risk-taking. For the last couple years I have been exploring the hobby of track days (HPDE). For those not familiar, you pay to take your street car (or rental car in some instances) on a road course with an instructor (until signed off) for brief lapping sessions on the course (usually 20-30 minutes).

Drivers are divided into groups primarily based on a drivers skill/experience (not speed of car) as deemed by 'professional' instructors. Generally current or former competitive racers. For the most part, safety is the top priority as organizers are insured and a driver's car is not. The next goal is educating drivers in car control. Not to mention it's fun (for most). Above all else it's not competitive and racing others is frowned upon. Though by nature it tends to happen depending on a driver's personality. Part of the instructors role is to help moderate that too.

That said, in this environment, I have personally been on track with female drivers. It's on occasion, but it does happen..if that says anything. What I've observed is..
1. Generally speaking they are concerned with having a negative impact on the experience of other participants. This is exemplified by them having a tendency to get out of other peoples way rather than have others go around them. i.e. they are more inclined to go off-line, which is slower. This is not just an observation BTW. A lot of times I'll get to talking with them and that's what they tell me.
2. Female drivers tend to be less inclined to drive a car at its upper limits. Said another way, cars being equal, male drivers tend to go (not necessarily be) faster. Most especially when it comes to corner entry speed, which is where the risk-taking/pucker factor really comes into play.
After noticing this, I really got curious about it and wondered if it was just in my head. I started asking other instructors about it as they have first hand accounts being in a passenger seat talking to the actual female drivers. As well as having many more rodeo's than me. Every instructor I talked to that has concurred with me. The conversation goes something like.

Me: Is it just me or is there something different about female drivers?
Instructor: <shake head yes>, I'm not sure why, but...

At this point, I personally accept it for what it is and don't try to answer the why. I now regard it as a unique feature of a day at the track.
Vrh

Hailie Deegan finished third in the KNWest championship standings for 2019 — the highest ranking by a female driver in the final standings in the NASCAR K&N Pro Series East or West.

Several sources have confirmed to Motorsport.com that Deegan has consented to some multi-year driver development arrangement with Ford and she’ll keep her NASCAR learning curve competing with DGR-Crosley.

DGR-Crosley, which subjects admissions in late versions, ARCA and the NASCAR Truck series, recently declared its move in the Toyota to Ford camp. ) Ford officials affirmed the team would the basis of its efforts to come up with drivers for NASCAR contest.

Deegan, 18, is the daughter of Brian Deegan, a motocross rider, off-road racer, along with former X Games athlete.

The pairing with Ford in certain respects should not come as a surprise. )

In 2011, following an effective 17-year Motocross profession, Brian Deegan signed a deal with Ford to race a Ford Fiesta from the International RallyCross Championship along with also the X Games and compete at the Lucas Oil Off-Road Series at a Ford F-150 SVT Raptor.

It turned out to be a successful pairing, since Deegan won the Guru Lite Unlimited (double ) and Guru 2 (three times) courses of the Lucas Oil Off-Road Racing Series and completed a career-high moment in 2012 in International RallyCross.

Hailie Deegan grew up rushing off-road and on grime but flocked to rival on asphalt 2016 to pursue a livelihood in stock car racing. )

She started her career in NASCAR at 2018 from the K&N Professional series. She’s the only female driver to have won races at the K&N show — after in 2018 and double last season, where she completed a career-best third at the K&N West series standings.

Deegan also competed in six ARCA races this past season using a career-best end of fifth in Lucas Oil Raceway near Indianapolis.

Until today, Deegan’s NASCAR and ARCA contest has come with Toyota-supported clubs and also the producer has touted her as one of its climbing NASCAR stars.

Radije bi da su zadrzali Ty Majeski. On je prosle godine pobedio 3 od 6 ARCA trka koje je vozio, a u preostalim je zavrsio kao 2., 3. i 4. I pored toga Ford ga je na kraju pustio da predje u Niece Motorsports (Chevrolet) u Truck seriji.
When I die, I want to be buried faced down so that anyone who doesn't like me can kiss my ass.
Vrh 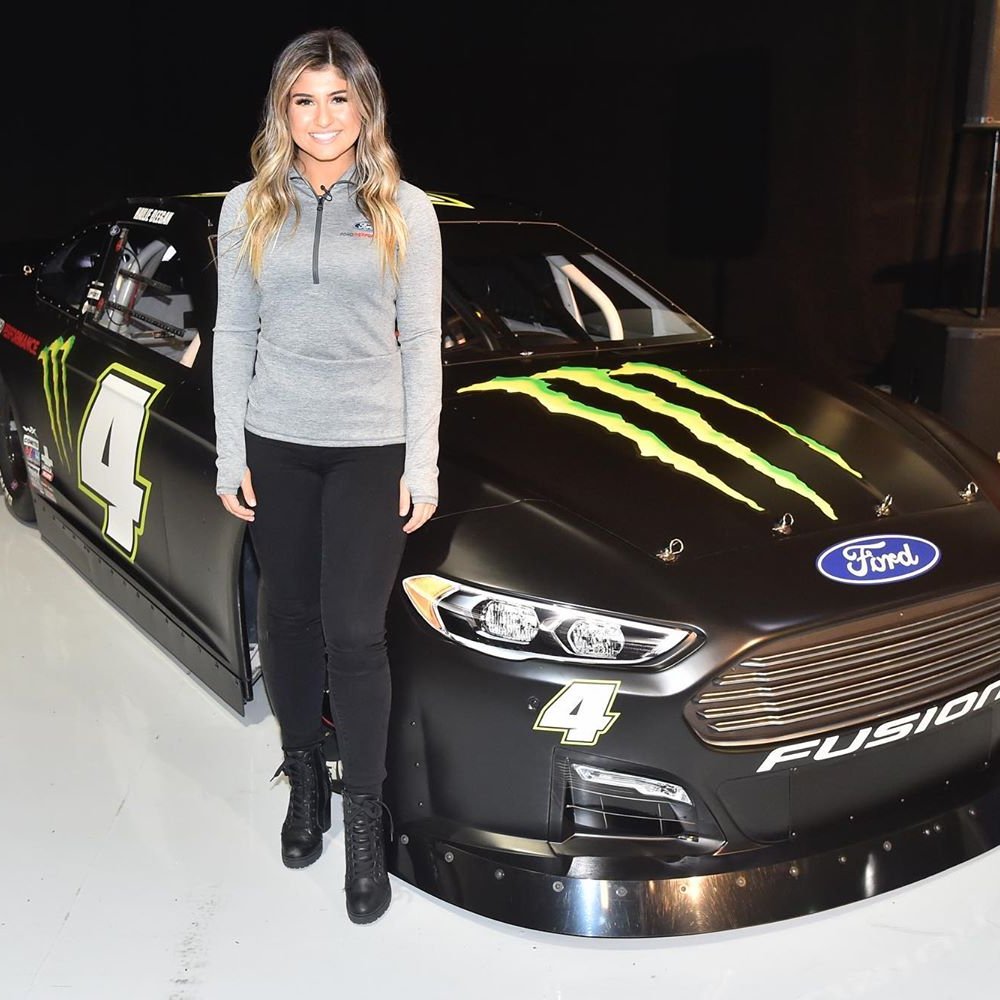 Izgleda kao Kurt Buschov stari auto.
When I die, I want to be buried faced down so that anyone who doesn't like me can kiss my ass.
Vrh
Odgovori
91 poruka